A second-half interruption caused by a protestor tying himself to a goal post and a VAR review which led to Allan seeing red meant there were 14 minutes of added time at Goodison Park.

And it was the 10 men who took advantage as Dominic Calvert-Lewin teed up Iwobi to score the biggest goal of his much-maligned Everton career since a £40 million move from Arsenal three years ago.

Just a second win in 12 league games was met with jubilant celebrations at full-time with the financial implications of relegation dire for Everton.

When this fixture was postponed in late December due to an outbreak of coronavirus cases, it was Newcastle who were rooted in the bottom three.

However, the Magpies’ defeat at Chelsea on Sunday was their first in 10 games as the investment of the Saudi sovereign wealth fund has made an instant impact in their first transfer window.

Former Liverpool defender Jamie Carragher, a boyhood Everton fan, described this game as the biggest for the Toffees in 20 years given the consequences of going down.

The club are in the process of building a £500 million new stadium, due to open in 2024, and have already lost the sponsorship of Russian billionaire Alisher Usmanov after he was hit by sanctions from the UK government.

Usmanov’s long-term business partner and Everton owner Farhad Moshiri has pumped in over £500 million in signings since taking charge in 2016.

The Blues have precious little to show for that investment as a succession of managers have struggled to match Moshiri’s expectations.

This was just Frank Lampard’s ninth game in charge but the next 11 could make or break his managerial career.

An intense start from the hosts quickly fizzled out as Newcastle had the better of the first half without creating many good chances.

Chris Wood headed straight at Asmir Begovic, while Fabian Schar nearly caught out the Bosnian with a free-kick from inside his own half.

The flow of a scrappy game was further interrupted by it taking seven minutes to free the protestor against fossil fuels from the post.

Once the action got back underway the introduction of England international Calvert-Lewin off the bench made a massive difference to the home side.

Anthony Gordon forced Martin Dubravka into a stunning save with a fierce strike from outside the box before Calvert-Lewin just failed to connect with Richarlison’s dangerous low cross.

However, their momentum was cut short when Allan dived in on Allan Saint-Maximin to break up a counter-attack and was shown a straight red card after the intervention of VAR.

Calvert-Lewin has missed almost all of the season due to a variety of injuries and keeping him fit for the run-in is likely to play a huge part in Everton’s bid for survival.

Iwobi has been a symbol of the waste of the Moshiri era, but he produced a calm finish into the bottom corner from Calvert-Lewin’s cute pass to seal a massive three points. 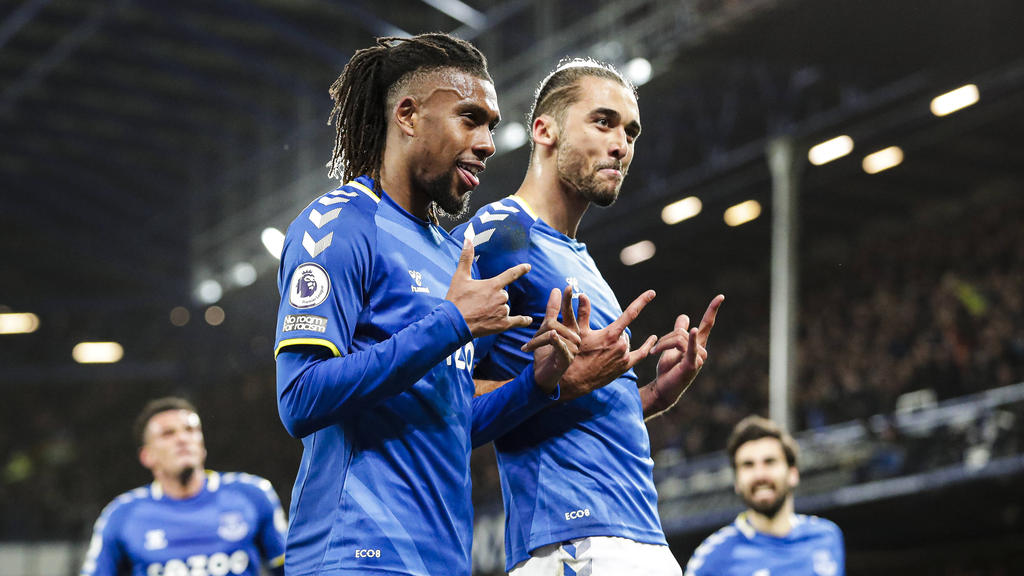